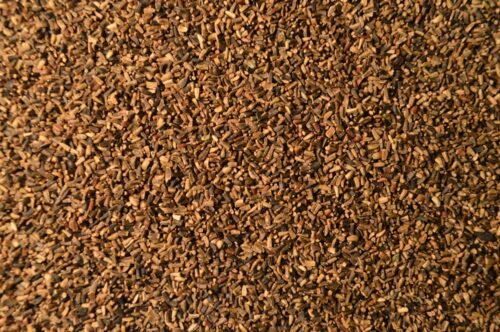 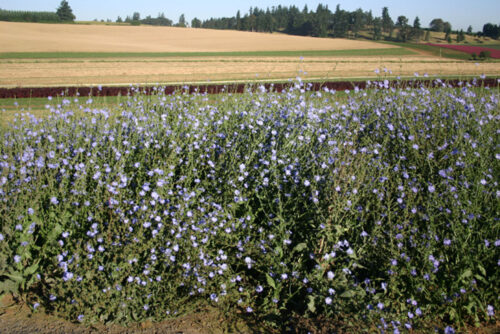 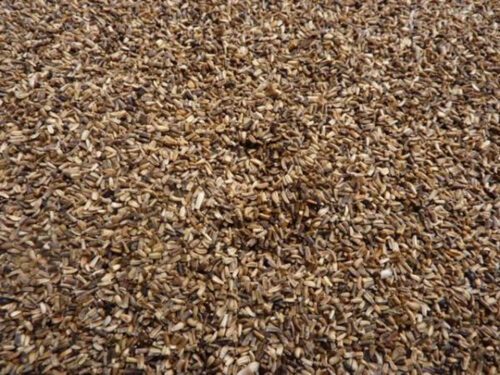 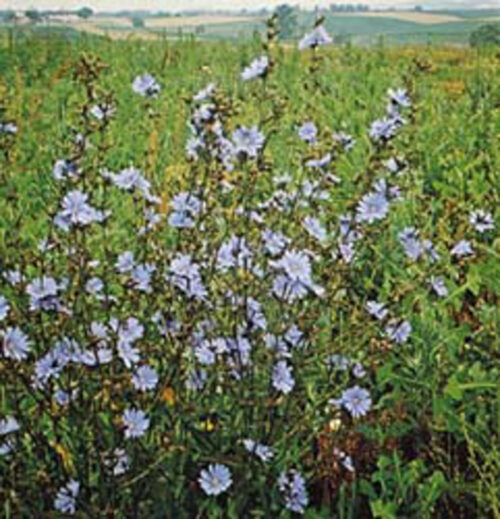 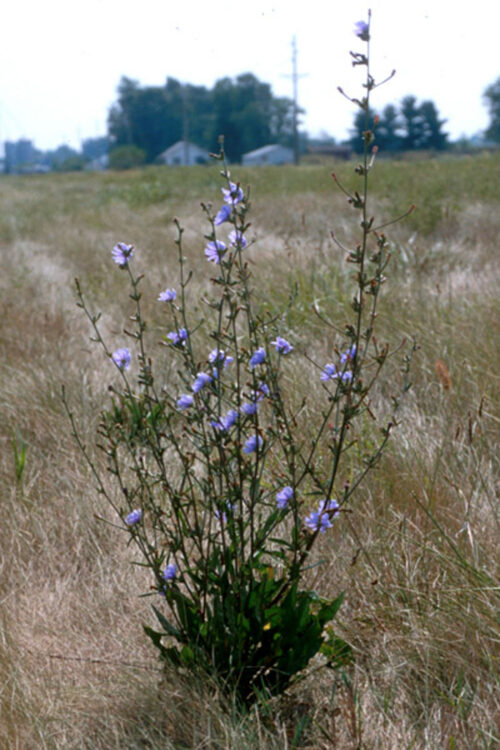 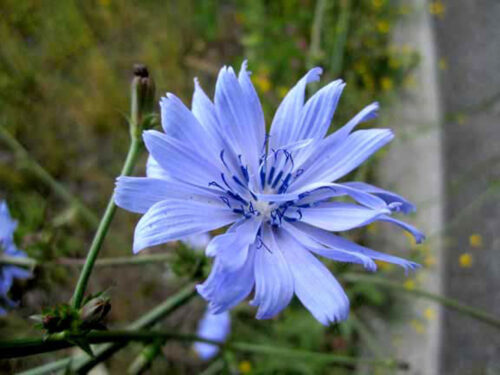 Chicory is a broad-leafed perennial with thick, deep taproot, belonging to the daisy family. It can be grown successfully on a wide range of soil types. That being said, poorly drained, stony and compacted soils should be avoided as these conditions may lead to poor taproot development. It is best to grow the crop in rotation with crops that leave low residues of soil nitrogen. For this reason, small grains such as wheat, barley, and rye, which typically require lower nitrogen inputs than other crops, are generally considered to be ideal rotation crops. Deep taproot that prefers loamy, well drained soil. Blue blooms and great for forage. Increased potassium, calcium, magnesium, sulfur, zinc and sodium make Chicory leaves irresistible to whitetail deer and an excellent mineral accumulator. Chicory is a highly preferred, grazing tolerant plant that has good drought resistance. Chicory is most beneficial in food plots when planted with red clover, ladino clover, and a ryegrass or oats. Bird’s trefoil is also a good addition to a chicory planting. One of the first plants to break winter dormancy so it is ideal for foraging in the summer. Works best when planted in mixes with annual cereal grains and/or a legume like clover. It has the ability to tolerate acidic soils, withstand drought, and crowd out potential weed competition. Makes great forage because of its ability to grow back. For this reason, it can not be terminated by mowing or rolling.

Chicory grows very rapidly in warmer months and its deep taproot is capable of extracting moisture from the soil which makes is much more drought resistant. It has a persistent presence under moderate grazing conditions. Many beneficial insects are attracted to the flowers chicory produces making this cover crop a great pollinator.

Excessive residues of soil nitrogen are undesirable because they may lead to luxurious leaf growth at the expense of the desirable accumulation of dry matter in the taproot and also because it may lead to a poor quality forced product (loose and open chicons). No nitrogen fixation, instead requires a lot of nitrogen to grow. Will have to apply nitrogen unless planted with a companion legume. High on water use. Poor regrowth in low temperatures.

Chicory requires some moisture throughout the summer season. It will tolerate some shade and has actually been used as a cover crop in vineyards. Chicory prefers well drained, deep, fertile soils, but will grow on heavier soils providing they are no prone to water logging for extended periods of time.